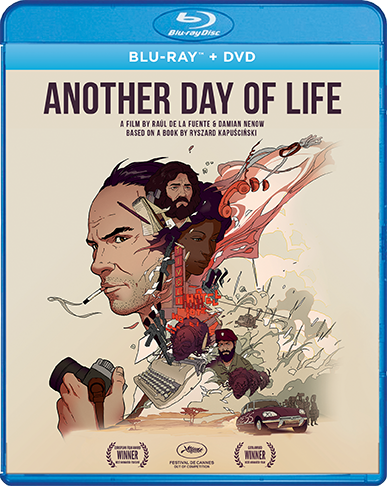 Another Day Of Life

An official Cannes selection and winner of festival prizes and awards worldwide, Another Day of Life is a daringly ambitious dive into the chaos of war, based on the book by bestselling journalist Ryszard "Ricardo" Kapuściński, one of the world's most compelling chroniclers of conflict. In 1975, a bloody civil war breaks outacross Angola after the country declares independence from Portugal. Against all advice, Kapuściński drives south into the heart of the conflict to find the isolated rebel leader Farrusco. What he witnesses from the frontlines challenges his ability to remain an impartial observer, in this acclaimed and unique blend of action-packed animation and documentary testimony.

Another Day of Life