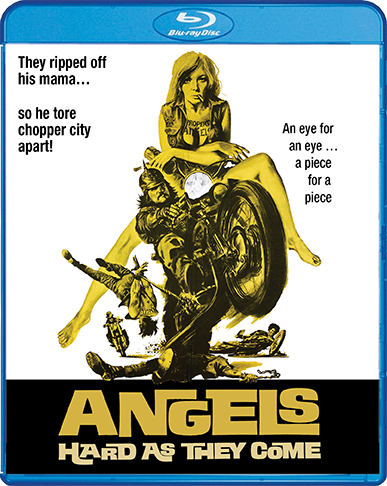 Angels Hard As They Come

Where the Angels ride, mayhem follows. A hard-living band of bikers, they live by the rules of the road ... and a fiercely loyal code of honor. But when they cross paths with the Dragon — a rival biker gang — they find their loyalty tested and their lives on the line in the wake of a violent act that leaves a young hippie woman murdered.

Co-written and produced by acclaimed director Jonathan Demme (The Silence Of The Lambs, Stop Making Sense, Caged Heat) and featuring early roles from Scott Glenn (The Right Stuff) and Gary Busey (The Buddy Holly Story), Angels Hard As They Come is a classic exploitation flick, as fast-paced as the titular outlaw bikers' lifestyle.

Angels Hard as They Come