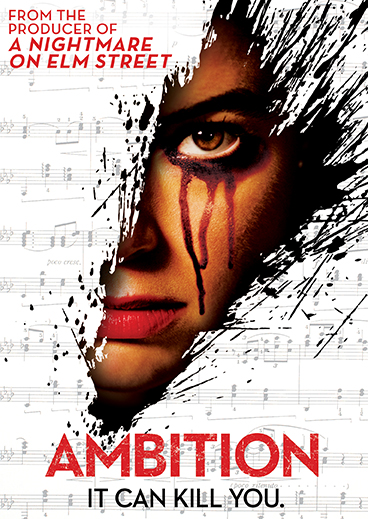 From Robert Shaye, the producer of A Nightmare On Elm Street, comes a deviously engrossing thriller that will keep you guessing – and squirming – to the final frame!

Jude is an intense, driven musician preparing for the biggest performance of her life ... but in her competitive world, her ambition could end up literally killing her. As her competitors begin to die in bizarre ways, she recognizes a frightening pattern. Is she next? The more her suspicions are confirmed, the further she is hurled into a climactic showdown that challenges her chances for survival and sanity.

Inspired by thrillers such as Carrie and Black Swan, Ambition pulls you into a realm where desire and revenge converge into a questionable reality.