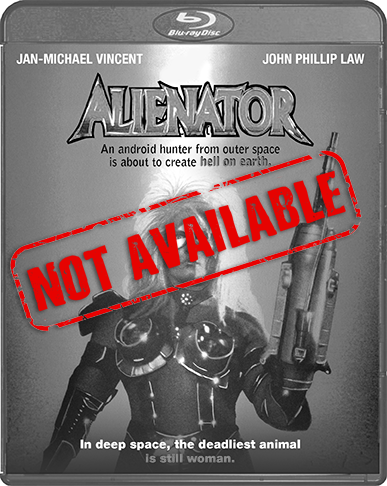 In deep space, the deadliest animal is still woman!

It's a futuristic fight to the finish when the Commander of a space station prison (Jan Michael-Vincent, The Mechanic, White Line Fever) takes on galactic archvillain Kol (Ross Hagen, Avenging Angel). When Kol escapes, on the verge of his execution, the Commander has no choice but to unleash the Alienator – a ruthless android hunter with one unstoppable purpose: terminate Kol at any cost!

Kol's shuttle crash-lands on Earth and the Alienator is hot on his trail. She is determined to capture her prey – even if it means blowing away everything and everyone in her path.