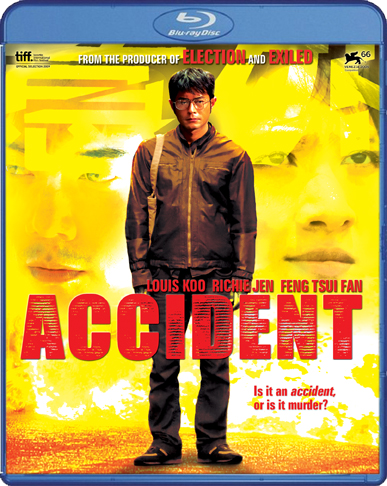 A self-styled "accident choreographer," Ho Kwok-fai, "The Brain," (Louis Koo, Election, in one of the most compelling performances of his career) is a professional hit man who kills his victims by trapping them in well-crafted "accidents" that look like unfortunate mishaps but are in fact perfectly staged acts of crime. He is perennially plagued with guilt, as the avalanche of memories of his recently lost wife continue to haunt him.

After one mission goes horribly wrong, costing the life of one of his men, Brain is convinced that this accident has been choreographed and someone is out there plotting to terminate him and his team. He becomes increasingly paranoid, walking the thin line between reality and delusion.

When he discovers that a mysterious insurance agent, Chan Fong-chow, (Richie Jen, Exiled) is somewhat related to one of the "accidents" he has staged, Brain becomes obsessed with the idea that this man must be the mastermind behind a conspiracy to take him out. To regain his sanity and save his life, he must stay one step ahead of Fong before he makes his next move.