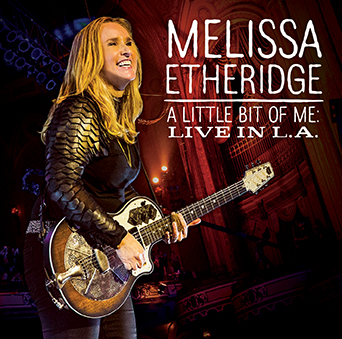 Melissa Etheridge
A Little Bit Of Me: Live In L.A.

On December 12, 2014, at the historic Orpheum Theater in downtown Los Angeles, Melissa Etheridge played the final night of her national This Is M.E. tour. The show featured Melissa and her band in top form, performing new songs from her thirteenth studio album, This Is M.E., such as "Take My Number" and "A Little Bit of Me," as well as classic hits including "Come To My Window," "I'm The Only One" and "Like The Way I Do."