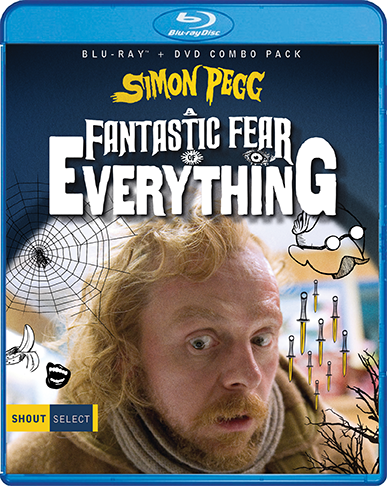 Jack's a writer with a dark secret…but now his demons are taking over.

Comedic genius Simon Pegg (Shaun Of The Dead, Hot Fuzz) stars in a most unusual horror-comedy, A Fantastic Fear Of Everything.

Jack (Pegg) is a children's author turned crime novelist whose detailed research into the lives of Victorian serial killers has turned him into a paranoid wreck, persecuted by an irrational fear of being murdered. When Jack is thrown a lifeline by his long-suffering agent, and a mysterious Hollywood executive takes a sudden and inexplicable interest in Jack's script. What should be his "big break" rapidly turns into his "big breakdown" as Jack is forced to confront his worst fears; among them love, laundry and serial killers.