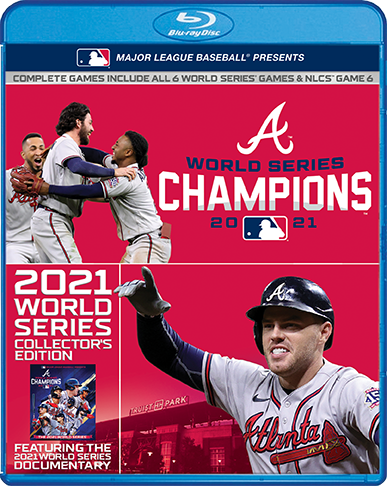 The Braves completed a mathematically improbable journey to a World Series title. The NL™ East Division champs didn't have a winning record until August 6, and they had the lowest win total of any team to reach the 2021 Postseason™. What did the Braves do? Added talent and kept grinding! The Braves beat the 95-win Milwaukee Brewers™ in the NLDS™ to set up a series with the defending champions. In the NLCS™, the Braves took down the 106-win Los Angeles Dodgers™ in six games en route to their first World Series appearance since 1999.

In the Fall Classic, the Braves faced the Houston Astros™, playing in their third World Series in five years. The teams split the first two games of the series in Houston before heading to Truist Park™. The long-awaited return of the World Series to Braves Country™ did not disappoint as the Braves took Games 3 and 4 in low-scoring, tightly-contested affairs. The Astros won Game 5 to pull closer and force the series back to Houston and more baseball to be played into November. In the third inning of Game 6, Willie Mays World Series™ MVP Award winner Jorge Soler hit a tide-turning homer with such force that it left Minute Maid Park™ and it was all Braves after that. Mathematically improbable or not, the Commissioner's Trophy™ returned to Atlanta for the first time since 1995!