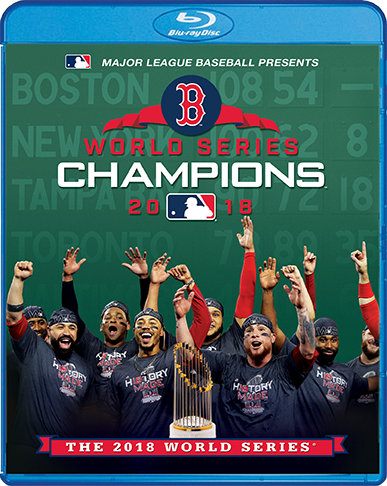 Product Note: The digital copy for this title has expired as of December 5, 2019 and is no longer available for download.

The 2018 Boston Red Sox™ dominated their way to a World Series® title in a way that Red Sox Nation™ has never seen. A relentless march through the regular season led to a franchise-record 108 wins. Then they beat L.A. for their fourth World Series championship since 2004 after blowing through the rival Yankees™ and defending champion Astros™. Damage Done!

Mookie Betts and Andrew Benintendi ignited Boston in Game 1 at Fenway Park™ with a quick run before there was an out, and pinch hitter Eduardo Nuñez crushed a 3-run home run to set the tone for the series. In Game 2, J.D. Martinez continued the team's brilliant season-long 2-out hitting, and the legend of David Price began as the Red Sox took a commanding two-game lead.

The scene shifted to Los Angeles where Jackie Bradley, Jr. hit an 8th inning home run that helped send Game 3 to extras, but folk hero Nathan Eovaldi and the Red Sox fell short in the 18th inning. Boston quickly regrouped for a Game 4 comeback win started by Mitch Moreland's 3-run pinch-hit homer and punctuated by four RBI from Willie Mays World Series MVP Steve Pearce. The deciding Game 5 never seemed as close as the 5-1 score, as Joe Kelly and Chris Sale finished a masterpiece for the Boston faithful. Rookie Manager Alex Cora became the first Puerto Rican manager to win a championship, inspiring his team with an "all in" attitude and impressing with managerial mastery of a deep lineup, starters out of the bullpen and on short rest, and strategic defensive alignments. This talented, diverse, and inclusive team cemented its place in Boston lore as the greatest Red Sox team ever.