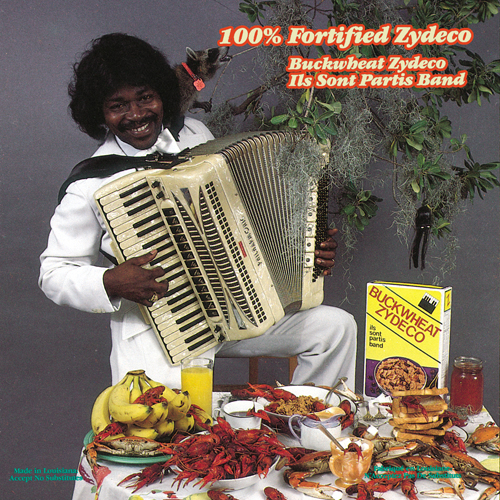 Buckwheat Zydeco is the leading practitioner of the southwest Louisiana dance music known as zydeco. He was the first zydeco artist to be signed to a major label, and he has received receiving four Grammy nominations to date.

Shout! Factory is proud to release 100% Fortified Zydeco as part if its restoration of the Black Top Records catalog. Originally released in 1983, it has been named by All Music Guide as the essential first Buckwheat Zydeco purchase. Buckwheat Zydeco's distinctive blend of traditional zydeco with R&B, blues and even pop bears that out.