We’re as excited as Pinkie Pie with a party cannon that My Little Pony Tales: The Complete Series is out on DVD this week! In fact, we kinda always feel like throwing a party when more Pony fun is released. Now you can enjoy all the fun and adventures that the seven Pony pals (Starlight, Sweetheart, Melody, Bright Eyes, Patch and Clover) have as they play games, go on picnics, try out roller derby and even spot a UFO! 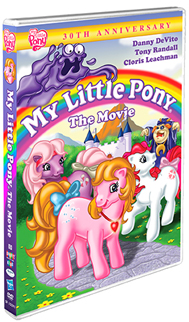 A few years later in 1992, My Little Pony Tales came out. These Ponies were a bit more like teen kids, as they would do stuff like hang out at the ice cream shop or go on vacations. Some of the main characters of the series even had crushes on some of the boy Ponies they went to school with. 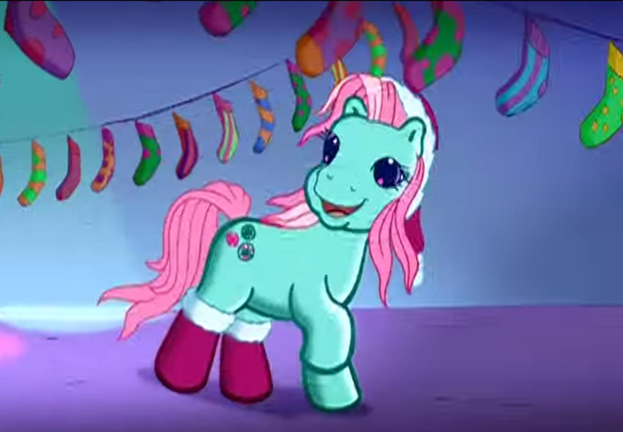 With the 2000s came several Pony movies, and we were introduced to some new characters, including Rarity, Pinkie Pie, Rainbow Dash and some tiny, flying Pony creatures called Breezies along with the return of Spike the Dragon. Some of our favorite movies of that time include Twinkle Wish Adventure, A Very Minty Christmas, The Princess Promenade, Dancing In The Clouds, The Runaway Rainbow and Friends Are Never Far Away. We even released a My Little Pony Classic Movie Collection with those last four movies. 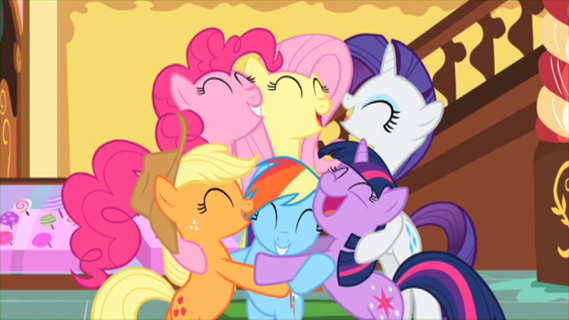 Many newer fans of My Little Pony are most familiar with the latest series, My Little Pony Friendship Is Magic, which premiered in 2010. This series moved from Ponyland to Ponyville and features six main ponies, the leader of the group being a Unicorn-later-turned-Alicorn Princess named Twilight Sparkle. Among her friends are Pinkie Pie, Rarity, Rainbow Dash and Spike, though they are different characters than their namesakes from the earlier movies. Applejack and Fluttershy round out the group, though there are plenty more Ponies and other magical creatures. As the name implies, this series revolves around the importance of friendship, even ending the episodes with a Pony writing a lesson about friendship to their Princess. This popular series began its fifth season on April 4th.

In 2013, these same characters took on the form of human girls (or a boy puppy in the case of Spike) for Equestria Girls. To retrieve a stolen crown, Princess Twilight Sparkle travels to another dimension where she meets all of her friends, but they are human versions of themselves attending Canterlot High. In 2014, Equestria Girls: Rainbow Rocks came out, where the girls find themselves participating in a battle of the bands to save the school, and possibly the world!

So there you have it, the history of My Little Pony! Now you can go and impress all your friends with your Pony knowledge. Which Ponies are your favorites? Let us know!

One thought on “The History of My Little Pony”