The Exorcist III is author/filmmaker William Peter Blatty’s personal vision of what followed after The Exorcist. Like the original, The Exorcist III combines elements of a detective story, a theological puzzle, and an unforgettable study in terror. 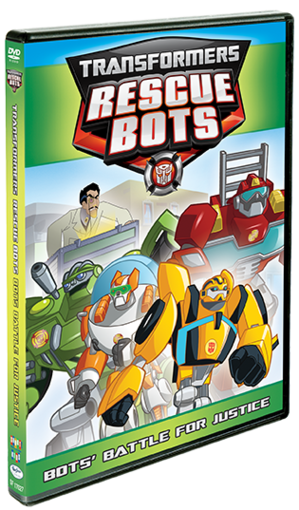 The Rescue Bots are kept very busy protecting Griffin Rock. Join them in five exciting adventures as they work together to keep the peace. Cody and the Bots rescue a stray dog, a mysterious superhero watches over Griffith Rock, the team must defeat an evil villain with plans of destroying the island and more as theBots Battle For Justice!