Sometimes the movies of Mystery Science Theater 3000 get so much glory that we forget about all the great shorts that Joel, Mike and the bots riffed on. There are quite a few genuine gems to choose from, so we took to the interwebs to see what you, the fans, thought were the best of the best.

No, it’s not a short about a robot rump, although they do mention internal genitalia. This Gumby short shows the dangers of having a robot army doing chores around the house, and it’s full of unexpected things: a nude Gumby, Pokey’s surprise in the begonias, painting with pig’s blood and mowing the shag carpet (among others). So put on your permanent bell-bottoms and in the name of all that is clay: watch Robot Rumpus, laugh, and don’t worry your squishy little head about the troubles of life. Then, if you’re good, maybe you can have white rice later! 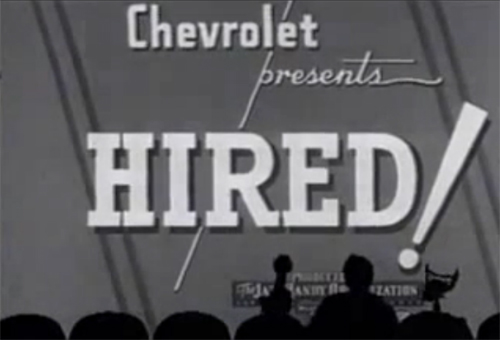 Finally answering the immortal question “Who is the doughy man on the front porch,” Hired! and its epic sequel Hired! Part 2 (Electric Boogaloo) is full of helpful tips: don’t sell cars in Amish country, learn to read so you can understand your problems, live at home until you’re 40 and always wear a handkerchief on your head while swatting invisible, flying elves. Featuring a cameo by Eliot Ness and his Untouchables, Hired! finally restores the work/booze/work balance of your life. 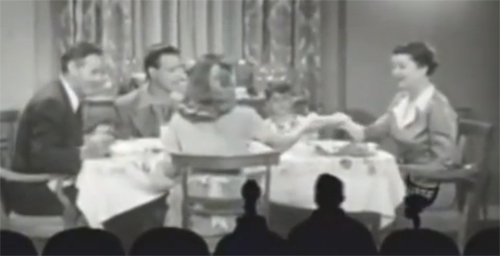 3. A Date With Your Family (Buy the DVD)

You may only like your family as a friend, but for the rest of us A Date With Your Family is a godsend, helping us abide by the rigid rules of eating pork chops with our parents. Providing us with the important reminders that women should look relaxed and attractive at dinner time (so the men will be unsuspecting when the women kill them), that young boys should never have feelings and that simple centerpieces made from some backyard flowers are stupid, A Date With Your Family is essential viewing before dinnertime—because nothing destroys the charm of a meal more quickly than having a personality. 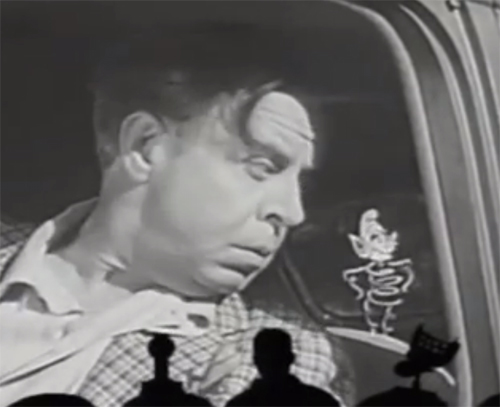 You may rather have a case of Bass ale, but never again will you constantly lament the existence of springs after watching A Case of Spring Fever. Featuring an anthropomorphic cartoon spring named Coily the Spring Sprite who somehow manages to be simultaneously super-creepy and super-annoying, the national scourge of underappreciating springs is finally addressed in this “educational” short. Coily suddenly disappears halfway through the story, but his torch is carried on by the main character, a man who manages to thoroughly irritate all of his friends by constantly and effusively praising the glory of springs. Because if you haven’t successfully alienated all of your golf buddies, just try it 8 more times, maybe it’ll work. All of this begs the question: where does Coily fit into God’s plan for us? 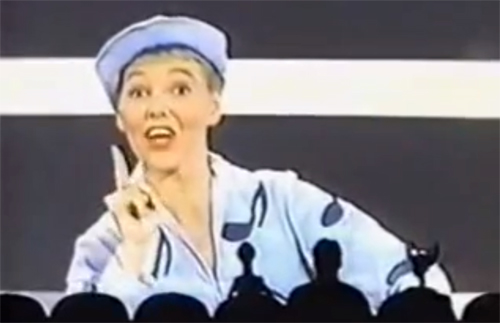 You know you’re in trouble when a main character named “Mr. B Natural” is decidedly not even a “Mr.” The incredibly perky musical note in human form (apparently played by Liberace’s mom) attempts to share “his” infectious love of music, but instead just winds up causing a boy named Buzz to wonder if he’s hallucinating. From explaining the glories of playing in the school band, choosing an instrument (it’s not just a trumpet, it’s a bong!) and buying only brands that have been tested in a gas chamber, the androgynous man in a leotard and Peter Pan hat gives advice that Buzz can’t help but listen to, lest he be killed. Mr. B Natural has so many great moments, you’ve easily voted it your favorite MST3Kshort of all time.

Did we include your favorite? Let us know in the comments!