THE BOOTH | THE PANELS | THE SCHEDULE

Stop by booth #4118, where we’ll be selling current & upcoming releases (plus free gifts-with-purchase). As usual, we’ve got some great exclusives and events going on in the booth as well. 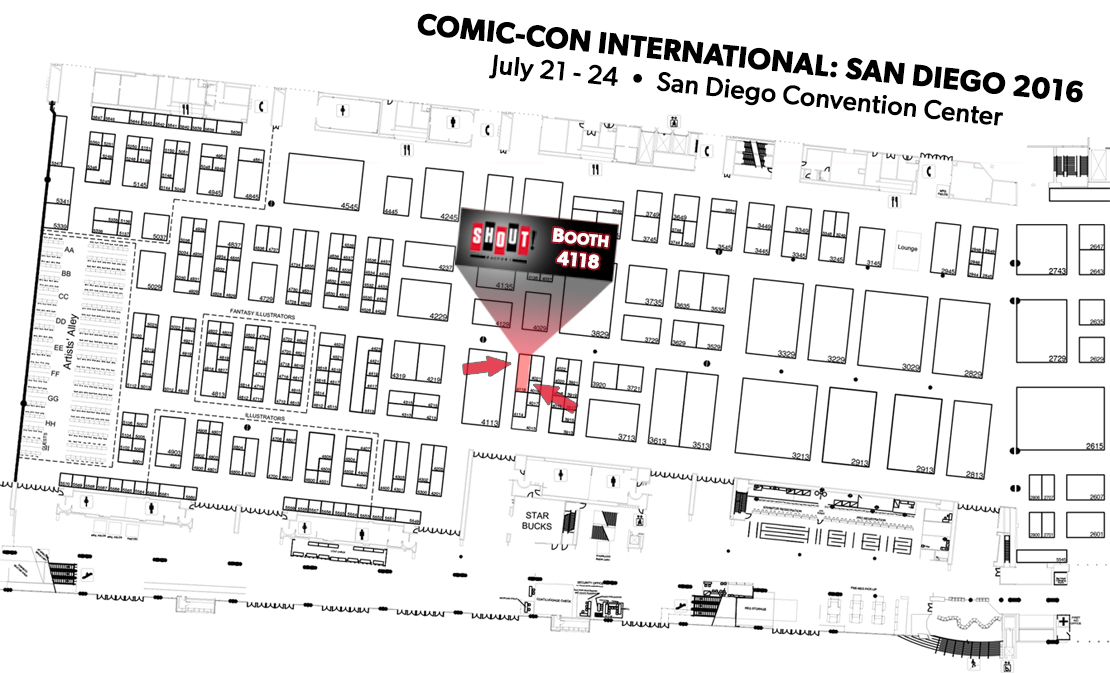 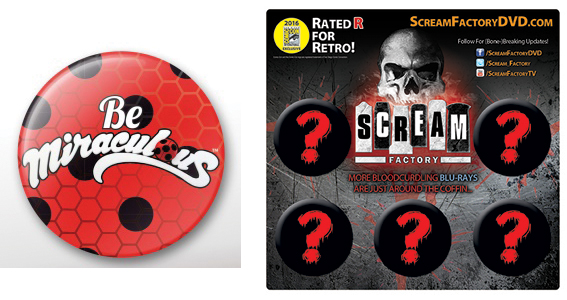 Be Miraculous! We’re selling DVDs and giving away these “spot on” limited-edition collectibles. Stop by and say “Be Miraculous” to get your own Miraculous button! Limited to one per person.

For the 5th consecutive year, we’re giving away the highly collectible Scream Factory 5-button pack! This year, the titles we’ll be flaunting are top secret! Stop by the booth and ask for your set to reveal what we have in store for you this fall!

For Sale At The Booth

(Some items include gift with purchase while supplies last)

Calling all MSTies! In the not too distant future–Saturday, July 23rd at 8:30 pm in Room 24ABC, to be precise–for the panel Mystery Science Theater 3000 is Back! As the excitement mounts for the upcoming new episodes of Mystery Science Theater 3000, join Joel Hodgson (creator, MST3K), Felicia Day (Geek & Sundry) and others discuss the show’s record-breaking crowdfunding campaign, and reveal behind-the-scenes info on Season 11!

Genre and horror film buffs, collectors and pop culture enthusiasts alike won’t want to miss An Inside Look at Shout! Factory and Scream Factory. At 8 pm on Friday, July 22nd in Room 29AB, join Brian Ward (Director of Blu-ray and DVD Production) and Jeff Nelson (Sr. Marketing Director) as they make special announcements and unveil exclusive sneak peeks of upcoming Blu-ray/DVD collector’s editions and new movies coming to theaters this fall. A fan-driven insider’s event filled with lively discussion and more than a few surprises, this panel discussion and Q&A will be moderated by Julia Cunningham, host of Entertainment Weekly’s “LA Daily” on Sirius XM.

11:00 AM to 12:00 PM — Gail Simone, Misty Lee and Shannon Kingston signing for Red Sonja: Queen Of Plagues,the new animated comic based on the Dynamite comic.

8:00 PM — An Inside Look at Shout! Factory and Scream Factory Panel in Room 29AB(Details above)

10:00 AM — Appearance by Ladybug and Cat Noir of Miraculous

4:00 PM to 4:30 PM — MST3K Event at Camp Conival presented by Nerdist andGeek & Sundry. Join Nerdist and Geek & Sundry for Camp Conival: a trip back in time to classic pop culture summer camp! Swing by the Conival Main Stage on the second concourse at Petco Park for a special Q&A with Joel Hodgson, Felicia Day, Jonah Ray, Baron Vaughn, and Hampton Yount. Camp Conival does not require an event badge and is open to the public.

5:15 PM to 6:15 PM — Signing with the cast of next season of Mystery Science Theater 3000! Series creator Joel Hodgson, Jonah Ray and Felicia Day will be in attendance

11:00 AM — Gregg Berger signing with exclusive Transformers: The Movie poster

12:00 PM — Appearance by Ladybug and Cat Noir of Miraculous