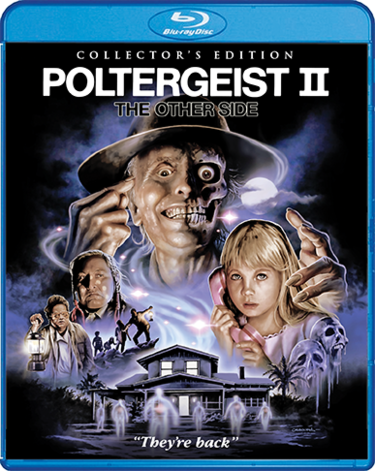 Poltergeist II: The Other Side [Collector’s Edition]

“… there are some effective shocks, genuinely scary scenes and a truly creepy villain in Kane.” – Moviehole.net

In this thrilling follow-up to the smash hit Poltergeist, the Freeling family (JoBeth Williams, Craig T. Nelson, Heather O’Rourke, Oliver Robins) settles into a new home following the annihilation of their former residence by terrifying visitors from the netherworld. But the spirits of the dead are still hell-bent on luring the family’s clairvoyant daughter Carol Anne to “the other side.” This chilling sequel, directed by Brian Gibson (Breaking Glass) also stars Will Sampson (One Flew Over the Cuckoo’s Nest), Julian Beck (The Cotton Club) and Zelda Rubinstein (Anguish) returns as Tangina. 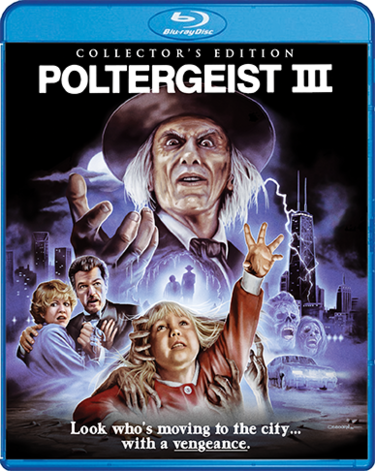 They are back….again! And they’re looking for Carol Ann in this riveting finale to the POLTERGEIST trilogy. Sent by her parents to live in a Chicago highrise with her aunt (Nancy Allen, Carrie) and uncle (Tom Skeritt, Alien), Carol Ann discovers she must now face demons more frightening than ever before. Led by the Reverend Kane (now played by Nathan Davis), the spirits have moved from invading homes to taking over an entire skyscraper. They are lurking behind every mirror… waiting. Fortunately, Tangina (Zelda Rubinstein) returns to battle these malevolent forces. 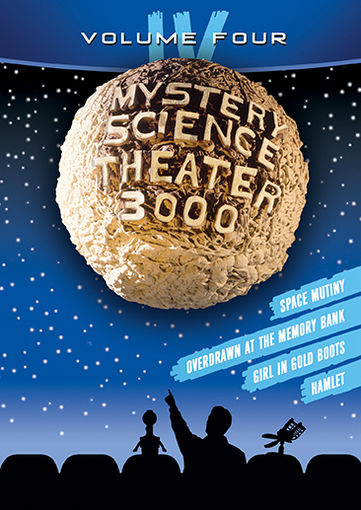 It’s Mystery Science Theater 3000, America’s only show that makes fun of really bad B-movies from the comfort of a spaceship floating above Earth.