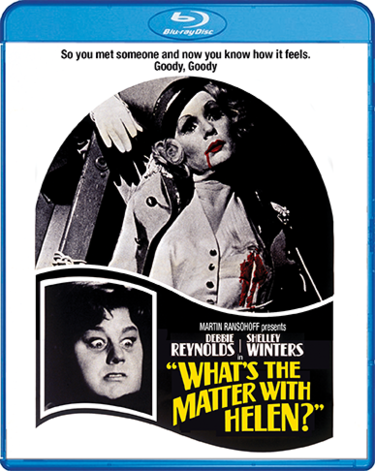 What’s The Matter With Helen?

Debbie Reynolds and Shelley Winters star in this stylish shocker set in 1930s Hollywood about two women who come to Tinseltown to start an idyllic new life and end up in a terrifying nightmare. Directed by Curtis Harrington (Queen Of Blood, Games), this relentlessly frightening film also stars Dennis Weaver (McCloud), Agnes Moorehead (Bewitched, Dear Dead Delilah) and Yvette Vickers (Attack of the Giant Leeches, Attack of the 50ft Woman). 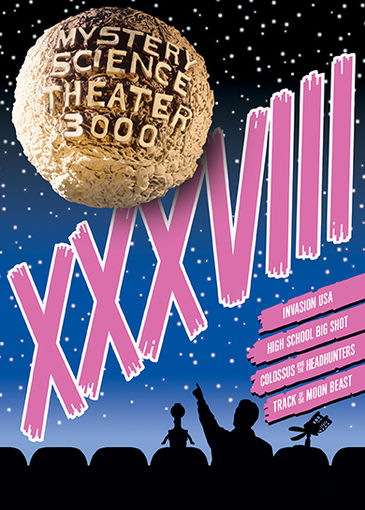 Riffer extraordinaire Mike Nelson hosts all four episodes in this 38th collection of episodes from the beloved comedy series Mystery Science Theater 3000, but the true theme here is diversity. Proving to the world that no single genre is immune to cheez, and that our hilarious heroes aboard the Satellite of Love are equal opportunity critics, we present the worst in Cold War drama, Sword and Sandals, Juvenile Delinquents and Monsters. Any investment portfolio manager who advises that diversifying risk is good way to minimize damage clearly hasn’t watched enough MST3K. Behold an incredible melting pot of cinema’s multicultural genres, and you will understand that in the world of cheezy movies, there is nowhere to hide.

Colossus And The Headhunters

Track Of The Moon Beast

Plus, the first 1,500 orders from ShoutFactory.com will receive an exclusive bonus disc, which will contain: