The arrival of autumn means the kids are headed back to school, the leaves are changing color (unless you’re like us and you live in Los Angeles, in which case the palm trees remain distinctly green) and, most importantly, fall TV is back! As we were perusing the TV listings we couldn’t help but notice that a lot of the new and returning shows reminded us of many of the classics we’ve released on DVD. So with that in mind, here are some shows paired like a fine wine with recommendations from the Shout! Factory catalog that have similar themes, tackle the same subject matter or quite simply paved the way for the TV of today.

Check Out: That Girl 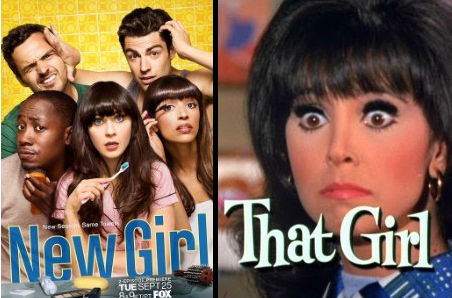 Check Out: Freaks And Geeks

Check Out: All In The Family

Because: Modern Family is a funny portrait of a mostly-functional family, but All In The Family focused on the hilarity of extreme dysfunction. It also lasted for nine seasons and often averaged over 30 million viewers because it was so groundbreaking and funny. If a show averaged 30 million viewers today, it would be crowned the God of television. 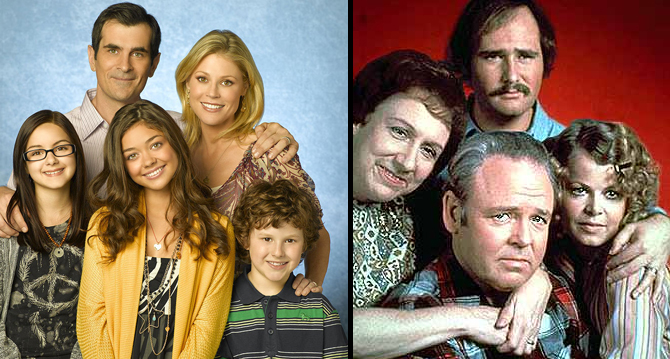 Because: You like fairy-tales, so why not watch a magical, live action musical of one of the all-time fairy-tale classics?

Check Out: Prisoners Of War

Because: The reasoning here is obvious: Prisoners Of War is the series that Homeland is based on, so our recommendation is basically like saying, “Do you like Homeland? Well then check out the original Homeland!!”

Because: Smoldering, small-town vampires. Werewolves and supernatural goodness. The stakes are extremely high, here. Oh come on, we can’t do some vampire puns? You suck the fun out of everything.

Check Out: My So-Called Life

Because: No show quite mastered old-fashioned teen angst and family drama like My So-Called Life. Plus, you can see where Claire Danes got her start!

Check Out: Day of the Dead

Because: We’re guessing you’re into gory zombie apocalypse action if you’re watching Z Nation. Day Of The Dead is exactly that, with lots of disgustingly great practical effects that are sure to leave you screaming for more.

If You’re Gonna Watch: ABC’s How to Get Away With Murder

Because: People have been trying to get away with murder long before this new series. Just look at L.A. Law, a legal thriller filled with intense twists and turns. And also Corbin Bernsen!

Because: Quincy was the original medical examiner drama that started it all.

If You’re Gonna Watch: NBC’s A to Z

Check Out: Many Loves Of Dobie Gillis

Because: You’re a sucker for romance, but it’s also fun to watch a show about falling in and out of love within minutes, and that’s Dobie’s signature move!

What fall TV shows are you most excited for? Let us know!