Bruce Campbell (Army of Darkness) “gives his greatest and most entertaining performance to date” (Premiere) as an aging and cantankerous “Elvis” in this “zinger-filled crowd-pleaser” (The Hollywood Reporter) from writer-director Don Coscarelli (Phantasm, John Dies At The End)! When mysterious deaths plague a Texas retirement home, it’s up to its most sequined senior citizen to take on a 3,000-year-old Egyptian mummy with a penchant for cowboy boots, bathroom graffiti and sucking the souls from the barely living! 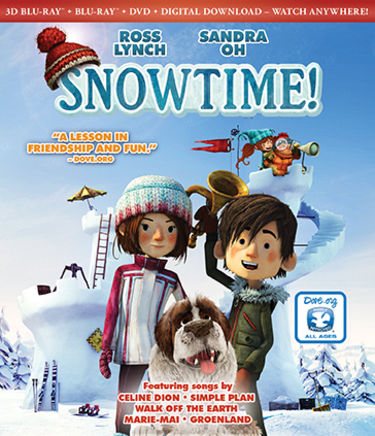 A Romp Through Childhood Full Of Heart, Humor And Huggability!

To amuse themselves during the winter school break, the kids in a small village decide to have a massive snowball fight. Luke and Sophie, both 11 years old, become the leaders of the opposing sides. Sophie and her cohort defend an elaborate snow fort against the assault of Luke’s horde. Whichever side occupies the fort at the end of the winter break, wins. But what starts out as pure youthful fun and enthusiasm deteriorates into a more serious conflict. Joy is restored when all the children decide to attack the fort rather than each other and happily destroy every last bit of the snow fort.

A traditional story beloved for generations, Snowtime! is based on The Dog Who Stopped The War and features a stellar voice cast; including Sandra Oh (Grey’s Anatomy) and Ross Lynch (Austin & Ally)! 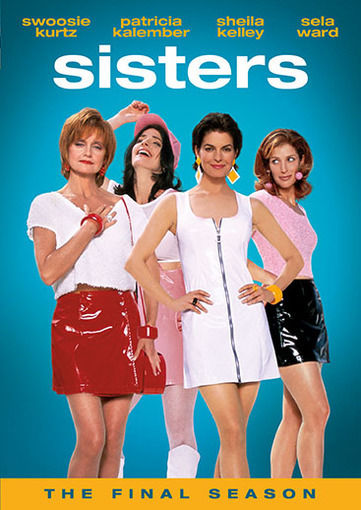 Say goodbye to your favorite Sisters.

The Reed siblings return for the sixth and final season of the hit series Sisters. A popular and award-winning 90s television favorite, Sisters explored the bonds of family and womanhood like few series had ever attempted before. Veering from light humor to powerful drama, Sisters captivated audiences with its sharp characters and engaging plotlines.

Starring Swoosie Kurtz, Sela Ward, Patricia Kalember, and Sheila Kelley, Sisters: The Final Season is a fine send-off for both the Reeds and their legions of fans. Complete your collection of one of your favorite series today – and never forget the words of Reed family matriarch Beatrice (Elizabeth Hoffman): “The men in your life may leave you. Children grow up. Parents pass away. The only ones who are there for you, from cradle to grave, are your Sisters.” 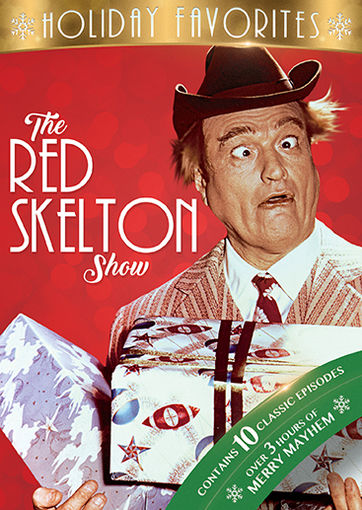 Have a Clem Kadiddleholiday with Red Skelton!

America’s greatest clown is throwing a party — and you’re invited! The Red Skelton Show: Holiday Favorites is a festive and funny selection from the early years of the legendary comedian’s long-running variety show. Featuring episodes not previously released on DVD as well as fan favorites, this collection has enough fast-paced comedy and heartwarming holiday cheer to make any season bright!

Red and his beloved cast of characters — including Clem Kadiddlehopper, Freddie The Freeloader, and more — were a tremendous gift that kept on giving to television audiences across the country. Now, with The Red Skelton Show: Holiday Favorites, you can share that gift with your family again and again. 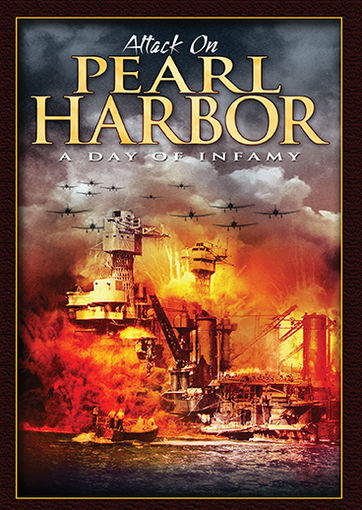 Attack On Pearl Harbor: A Day Of Infamy

On the morning of December 7, 1941, a surprise attack by Japanese naval aviation against the American held island of Oahu and Pearl Harbor thrust the United States into World War II. This story details one of the most momentous events in American history and a crucial turning point in the 20th century. Most importantly, it is a story of the people who were there, told through eyewitness accounts of American and Japanese veterans, some of whose stories have never been told. This is a story of perseverance and heroism in the face of overwhelming odds. This is the story of Pearl Harbor.

*December 7th, produced on behalf of the U.S. government and directed by acclaimed cinematographer Gregg Toland, is a dramatization of the events that precipitated the Japanese attack on Pearl Harbor. Framed as a debate between Walter Huston’s Uncle Sam and Harry Davenport’s Mr. C (that’s “C” for “Conscience”) the film attempts to determine who was to blame. Though December 7th is more balanced than most propaganda films of the time, even suggesting that the United States should have been better prepared, it is still an indictment of Japanese-Hawaiians and the alleged role they may have played.