Join All Seven Dwarfs in an Adventure as Big as They are Small!

It’s the eve of Princess Rose’s 18th birthday. Everyone in the kingdom has come to the castle to celebrate including Snow White, the Seven Dwarfs, Cinderella and Red Riding Hood. But just before the stroke of midnight, Bobo, the youngest dwarf, accidentally pricks the finger of Princess Rose (a.k.a. Sleeping Beauty) with a cursed needle and sends the kingdom into a century-long slumber! To find Rose’s true love, Jack, to save her with a kiss, Bobo and the other six dwarfs must go on a treacherous journey, face a fiery dragon and outwit the jealous, scheming and evil witch, Dellamorta! 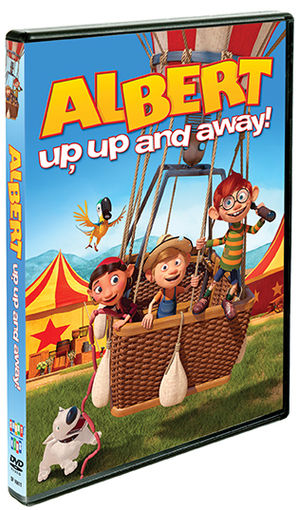 Join in the non-stop fun and breathtaking adventure of Albert – Up, Up And Away! Inspired by the beloved children’s book, Albert by Ole Lund Kirkegaard, this lively, animated tale whisks you on a journey that has to be seen to be believed!

Albert is a smart and cheeky boy, but his taste for mischievous pranks make him a menace in his small hometown. When he accidentally destroys the statue of a local hero and famous hot-air balloon captain, Albert is determined to make up for his mistake. He decides to venture into the world with his best friend Egon… and return as a hot-air balloon captain himself! But Albert and Egon’s quest takes a detour when a mean bandit takes advantage of the clueless boys to help him steal the world’s largest diamond. Adventure and excitement hit an all-time high in Albert – Up, Up And Away! 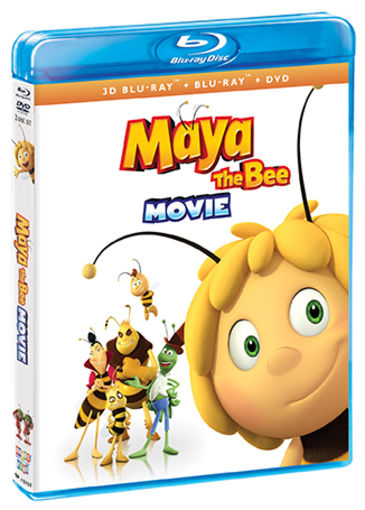 “In the same vein as Finding Nemo, Antz…this is a story about adventure, self-discovery, tolerance and friendship.” – WeekendNotes.com

Freshly hatched bee Maya is a little whirlwind and simply won’t follow the rules of the hive. One of these rules, of course, is not to trust other bugs, especially the hornets that live beyond the meadow. But sweet Maya can’t help but make friends with all kinds of other bugs, including a violin-playing grasshopper, a dung beetle and even a young hornet named Sting. When the Royal Jelly is stolen, the hornets are the prime suspects and Maya is thought to be their accomplice. Now, it’s up to Maya and all of her new friends to prove her innocence and find the missing Royal Jelly!

Maya The Bee Movie is presented in stunning 3D for a Bee-utiful family viewing experience!