We just released the newly-remastered 50th Anniversary Edition of Rodgers & Hammerstein’s Cinderella, and we’re thrilled to be sharing this classic with all of you! I am personally a huge Cinderella fan (as you can see by my prestigious “Best Cinderella” award to the right), so I thought this would be the perfect time to share some fun facts about the heroine with the glass slipper.

1. This classic 50thAnniversary Edition of Rodgers & Hammerstein’s Cinderella is full of famous people.

In addition to the title role being played by Lesley Ann Warren, the Queen is played by none other than dance icon Ginger Rogers. And does stepsister Prunella’s voice sound familiar? That might be because the actress, Pat Carroll, also voiced the witchy villainess Ursula in the Disney film The Little Mermaid. 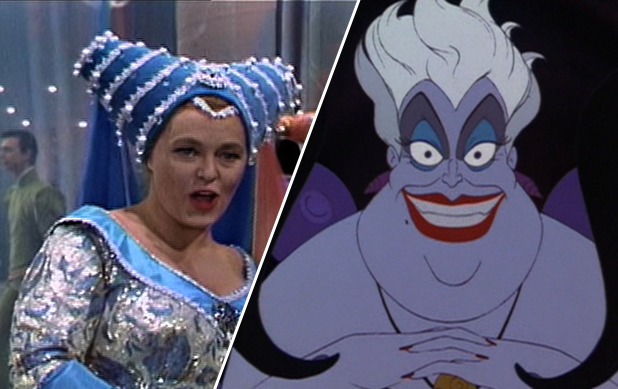 2. The Cinderella story has been around for a long, long, LONG time.

The Cinderella theme may date back as early as the 1stcentury B.C. One story recorded by an ancient Greek geographer recounts the tale of a young Greek slave girl who lived in Ancient Egypt. Her sandal was snatched by an eagle while she was bathing and was delivered to the king of Memphis, who, drawn to its shape and beauty, sent men to find the woman who wore it. Upon finding the slave girl, the king made her his wife.

Versions of the Cinderella story have our heroine wearing a magic ring or magic slippers of gold, silver, even fur. The glass slipper didn’t appear till 1697 when writer Charles Perrault penned “Cendrillon.”

4. The fairy godmother is also a newer development.

Like the glass slipper, prior versions of Cinderella also don’t feature a fairy godmother. Previously, her character was often portrayed by the spirit of Cinderella’s dead mother, frequently in the form of a plant or animal.

5. Cinderella originally had a VERY unhappy ending for the stepmother and stepsisters.

Prior to Perrault’s revisions, the stepsisters tried to fit into the tiny slipper by cutting off parts of their feet. The prince goes so far as to whisk them off to the castle only to realize the slippers are full of blood! And the sisters’ pain didn’t end there — in the Grimm version, birds peck out their eyes. In other versions, the prince punishes the stepmother and stepsisters by forcing them to dance to their deaths in boots heated by hot coals!

What Cinderella character would you be?

Ok, this isn’t really a fun fact, but it is a fun quiz! Take this Cinderella character quiz and let us know what character you are in the comments below. Are you more of a generous Fairy Godmother, a sweet Cinderella or an evil stepmother?